Darrin Eakins introduces newcomers to the world of pickleball 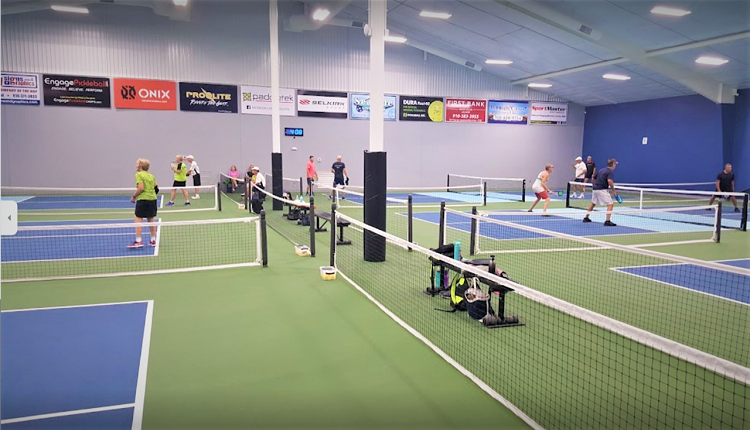 First envisioned in the 1960s, pickleball combines badminton, tennis, and table tennis elements to form a two- or four-player sport. An authority on the game, avid player and sports medicine expert Darrin Eakins is committed to welcoming newcomers to one of his favorite pastimes in his home city of Wilmington, North Carolina.

“Pickleball has now been around for over 50 years, constantly growing in popularity,” he explains, speaking from his office in the North Carolina port city of Wilmington. In fact, it’s now more popular than ever, according to the avid pickleball player.

Eakins references a study not long since undertaken by the Sports & Fitness Industry Association. The study shows that, in recent years, pickleball participation in the U.S. has grown by upwards of 20 percent annually.

This growth is thanks in no small part, the expert says, to the work of organizations such as the USA Pickleball Association. According to the Wilmington resident and veteran pickleball player, he and his fellow players also remain committed to welcoming newcomers to the game.

Although a long-time pickleball aficionado, Darrin Eakins turned more seriously to the sport after sustaining a major cycling injury almost a decade and a half ago. “Following multiple surgeries, I was left unable to partake in many other athletic activities,” he explains. Yet, as a sports medicine expert, North Carolina native Darrin quickly identified the unique benefits of pickleball.

Incapable of continuing to embrace his love of tennis and badminton, for example, he found pickleball to be a perfect alternative for himself and others. “A largely low-impact sport, particularly compared to tennis, it’s also a great way to socialize and meet new people,” reveals the expert.

Created by future lieutenant governor Joel Pritchard and two friends in 1965, thousands of pickleball tournaments today occur throughout the United States, including the U.S. Open Pickleball Championship and the U.S. Pickleball National Championships. Modified versions of the sport also exist, most commonly known as adaptive pickleball or wheelchair pickleball.

“As an activity, it’s highly inclusive,” adds Eakins, in closing, “and, despite historically being most prevalent in North and South America, it’s now growing in popularity globally, too.”

Born and raised between High Point, North Carolina, and Dallas, Texas, Darrin Eakins is a sports medicine expert currently based in Wilmington in the so-called Tar Heel State. He is a graduate of the private research institutions Baylor University and Wake Forest University, located in Waco, Texas, and Winston-Salem, North Carolina, respectively.

A disabled orthopedic surgeon, Darrin Eakins was first prevented from operating in 2008 following a mountain biking accident in which he sustained severe wrist and shoulder injuries. Today, he focuses more on sports medicine, injury prevention, and health and nutrition. While passionate about pickleball, he also enjoys stock market investing, fishing, and acrylic painting.

How to Be More Successful at Work

How can Couples Therapy be Beneficial?

Why Choose Herringbone Flooring For Bedroom?

What are the Best Non-Surgical Skin Treatments Offered by Aesthetic…

How Long Does Laser Hair Removal In London Take?

7 Ways to Improve Your Appearance